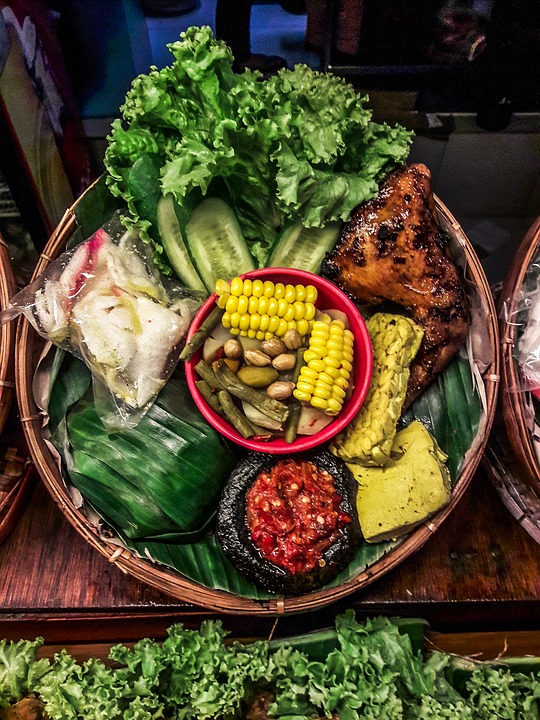 Food is cross-cultural element that is appreciated by everyone regardless of their race and upbringing. Indonesian cuisine especially is being enjoyed by people all over the world for its colorful and exceptionally flavorful taste.

The following article post originally appeared on https://berkleycenter.georgetown.edu/ and was written by Rio Djiwandana.

A few weeks ago, I spent an absolutely incredible weekend in Amsterdam. While I had a great time bicycling through the city and trying to differentiate between the identical-looking canals, something in particular caught my attention—the city’s large Indonesian population. As someone who grew up in the United States, where there are only around 100,000 Indonesians spread out throughout a country of over 319 million people, walking around the Netherlands (which has four times as many Indonesians despite having a population twenty times smaller than that of the United States) took me completely by surprise. I had never expected to see so many Indonesian people outside of Indonesia!

Despite my initial shock, however, I realized that this made total sense—after all, Indonesia had been a colony of the Netherlands for several hundred years and only officially won its independence in 1949. My grandmother, who had lived through the Dutch occupation of Indonesia as well as the Indonesian National Revolution, used to tell me stories of the Dutch (orang belanda) and how she and her siblings even had to learn the Dutch language in school. After Indonesia secured its independence, many Indo (those of mixed Dutch and Indonesian ancestry, as well as Indonesians who had assimilated into the Dutch way of life) were banished from Indonesia and ordered to “return” to the Netherlands, (even though many of them had lived in Indonesia all their lives), which helps to explain why there are so many Indonesians living in the Netherlands today.

Walking around Amsterdam and passing by so many Indonesian restaurants made me both hungry and excited! After all, I hadn’t eaten good Indonesian food in months. After finally choosing and entering an authentic-looking Indonesian restaurant, I entered and was completely thrown off guard when the waiter, a middle-aged man that looked completely Dutch, began speaking to me in Bahasa Indonesia. Apparently, he was born in Indonesia to an Indo family and moved to the Netherlands as a child. Upon asking him what he recommended from the menu, he told me to order a rijsttafel.

“Apa itu?” I asked him. “What is that?” I had seen the word scribbled on every Indonesian restaurant I had walked by, but the dish was completely unfamiliar to me. The waiter then explained that a rijsttafel was a collection of tapas-sized dishes that consisted of a variety of Indonesian cuisines, from sate to nasi padang to kropoek and beyond. In the end, I chose to order something else, but my conversation with the waiter left me with so many questions. Primarily: the waiter said that the rijsttafelwas a typical Indonesian dish, but if that was the case, then why had I never heard of it?

Rio Djiwandana is a junior at Georgetown’s School of Foreign Service (class of 2016) studying International Economics with a concentration in Growth, Transition, and Development. Born in Surabaya, Indonesia, and raised in Los Angeles, California, Rio is thrilled to be spending his spring 2015 semester in Budapest, Hungary, studying applied economics, international affairs, and Hungarian at Corvinus University. He is especially looking forward to befriending new people (especially locals), traveling around the Schengen area, trying exciting new foods, and uploading obnoxiously filtered pictures to Instagram.